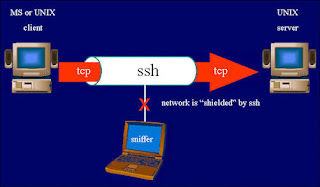 (Hindi) How To Remotely Trace , Format And Lock Your Friends Phones Simple Trick

By lokesh 08:22 OTHERS 1 comment
AIDE is an integrated development environment (IDE) for developing real Android apps directly on your Android device.

A brief summary of features…

Note : In This Post , The AIDE App Is Cracked Version .
Read More

By lokesh 05:04 HackNeWs 1 comment
Initially thought to be 600,000 users, the number of Android users who have mistakenly downloaded and installed malware on their devices straight from Google Play Store has reached 2 Million.
Yes, about 2 Million Android users have fallen victim to malware hidden in over 40 fake companion guide apps for popular mobile games, such as Pokémon Go and FIFA Mobile, on the official Google Play Store, according to security researchers from Check Point.
Dubbed FalseGuide by the Check Point researchers, the malware creates a "silent botnet out of the infected devices" to deliver fraudulent mobile adware and generate ad revenue for cybercriminals.

While initially it was believed that the oldest instance of FalseGuide was uploaded to the Google Play in February and made its way onto over 600,000 devices within two months, further in-depth analysis by researchers revealed more infected apps which date back to November 2016.

"The apps were uploaded to the app store [Google Play Store] as early as November 2016, meaning they hid successfully for five months, accumulating an astounding number of downloads."

Also, the first batch of malicious apps was submitted under the Russian names of two fake developers, Sergei Vernik and Nikolai Zalupkin, which suggests the malware is of Russian origin.
FalseGuide attempts to turn infected devices into a botnet that could allow its operator to control the devices without the knowledge of the device owners. 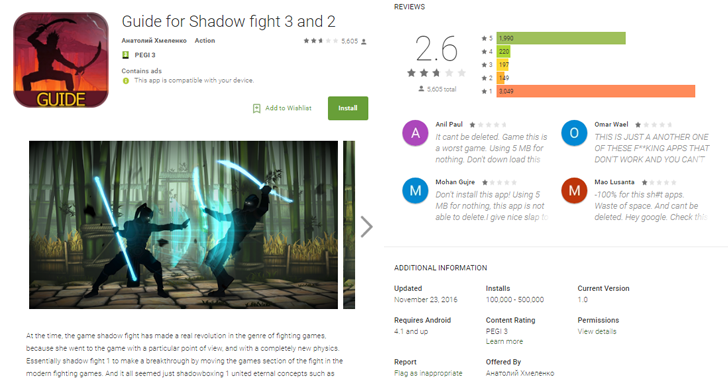 While downloading to the victim's phone, FalseGuide requests administrative permissions to the device in an attempt to avoid being deleted by the user.
The malware then registers itself with Firebase Cloud Messaging – a cross-platform messaging service that allows app developers to send messages and notifications.
Once subscribed to this service, FalseGuide can allow the attackers to send messages containing links to additional malware and install them to the infected device, enabling attackers to display illegitimate pop-up ads out of context and generate revenue.
Depending on their objectives, the attackers could also inject highly malicious code into an infected device to root it, conduct a Distributed Denial of Service (DDoS) attack, or even penetrate private networks.

Google Removed the Malware hidden Apps, but are you Clean?

Check Point researchers notified Google about FalseGuide in February, after which the company silently removed the malware apps from the Play Store.
But despite being removed, the malicious apps are likely still active on a number of devices, leaving Android users open to cyber attacks.


"Mobile botnets are a growing trend since early last year, growing in both sophistication and reach," CheckPoint said. "This type of malware manages to infiltrate Google Play due to the non-malicious nature of the first component, which only downloads the actual harmful code."

How to Protect yourself against such Malware

There are standard protection measures you need to follow to remain unaffected:

What Is Social Engineering ?

So that is called social engineering.

Social engineering is the use of deception and manipulation to obtain confidential information. It is a non-technical kind of intrusion that relies heavily on human interaction and often involves tricking people into breaking normal security procedures. Social engineers rely on the fact that people are not aware of the value of the information they possess and are careless about protecting it.

Flash Stock Rom For Micromax Unite 2 A106 Without PC

By lokesh 04:38 RoM'S 4 comments
This is pure Micromax A106 Stock ROM. No modification, no root, no deodex, no zipalign.
This ROM can be flashed using any custom recovery on both models of A106.Porters/developers can use this stock ROM to port different custom ROMs forMicromax A106 Unite 2

To Watch Practical Understanding Video Of  "What Is ARP and how ARP spoofing works ? 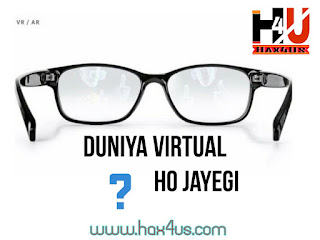 Hax4Us.com will not be held responsible for any kind of damage occurred to your Redmi Note 4G while following this tutorial.Do it at your own risk.
→ This ROM is only For Redmi Note 4G, so don’t try on other OnePlus devices

Step By Step Guide
*First Read the Pre-Requirement Section carefully.
If you have any questions related to this post feel free to ask in the comment section.
Read More

How To Flash Or Install CM13 Via TWRP Recovery

By lokesh 08:28 RoM'S 1 comment
This Guide Is For Every Android Not Only Fle Redmi Note 4G 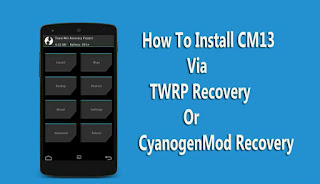 How To Increase Follower's On Instagram @ Free Without Any Survey

What Is Cloud Storage ? 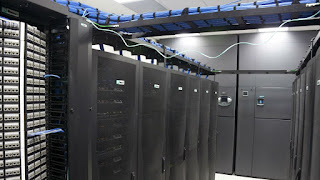 How Big Is The Cloud ?

First Of All We Will Discuss About Cache

Cache memory, also called CPU memory, is random access memory (RAM) that a computer microprocessor can access more quickly than it can access regular RAM. This memory is typically integrated directly with the CPU chip or placed on a separate chip that has a separate bus interconnect with the CPU.

Let me take the help of an example to define cache. When you visit a place for the first time, your brain stores the route in your mind so that the next time you have to get to the same place, it is easier and quicker. This is somewhat the same way in which cached data behaves. When a device visits a website or uses an app, certain data is stored in the form of cache in the device memory. Next time when the device accesses the same web site, it is easier for the device to access it because of the cached data that was stored when the website was visited the first time.