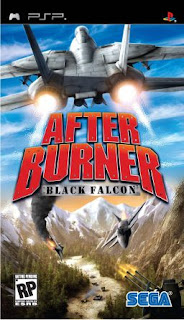 This arcade-style flight game combines intensive air combat with a multitude of explosions that allow gamers to relive the experience of the classic After Burner arcade game. In addition to the in-depth customization of 19 officially licensed military planes, gamers can compete against friends via ad-hoc in a variety of multiplayer modes as well as fly solo in a story-rich single-player campaign.
A terrorist cell called Black Falcon has infiltrated a top-secret CIA facility, escaping with 13 fighter jets. As a member of a highly classified military group, players must to do whatever is necessary to retrieve these fighter planes before they are sold to other terrorist cells. Utilizing an assortment of hi-tech planes such as the F-14D Tomcat, F-15E Strike Eagle, and F-22 Raptor, players engage in high-speed aerial combat as they dogfight their way through dangerous terrain to seek and destroy all terrorist targets.
Release Date: March 20, 2007
Size : 298 MB (Compressed)

If You Enjoyed This, Take 5 Seconds To Share It